Aging is tough on one’s body. Many aches and symptoms manifest as one advance in age. Most people think that healing physical pains alone will make the elderly feel better. Taking care of their physical needs is not a bad idea in itself.

But, above what is physical lies a greater concern. Older people are very much concerned with how people interact with them. When they feel that healthcare workers uphold their dignity, it affects their response. A person who wants to invest in a healthcare franchise must understand this concept. This idea will help them to reach the highest health potential of a senior patient. Here are some principles of how older people perceive the concept of dignity.

When the elderly get sick and are under the care of others, they may feel that they lose a part of their identity. This happens when they cannot make themselves look presentable. Sometimes, a physical illness manifests through drastic changes in one’s appearance. The best way to help the elderly uphold their dignity is by making them still look respectable. Basic hygiene such as washing, combing, or brushing their teeth gives their self-esteem a boost.

Also, never assume that they are like infants. The latter has no trouble when they are in a state of undress in the presence of others. Elderly people do not wish to be in this condition. Even in their frailty, they do not wish to expose their private body parts. Thus, any health care worker needs to take notice of such simple acts of modesty.

Their names are symbols of what they have worked hard for all their lives. In their respective fields, people regard them with respect. Calling them by their first names feels so casual or overfamiliar. Some healthcare workers find it sweet when they call their patients some pet names such as “honey” or “dear.” Older people do not appreciate such endearments as they feel patronized. It helps to address them with a title and their surnames such as Mr. Burns or Mrs. Johnsons. This makes them feel recognized as a person with dignity.

As one grows old, a common mistake of people around them is to strip them of the power to decide for themselves. This makes them feel degraded. As long as the elderly under your care still has a sound mind, include them in decisions about them. Simple things such as what they would wear, their meals, or what activities they wish to take part in.

They can also voice their opinions on the treatments and tests that they need. Healthcare workers can present them with alternatives. Do not push a certain thing they are not in favor of. Of course, there should be a balance of medical discretion and respect for the elderly’s opinion. 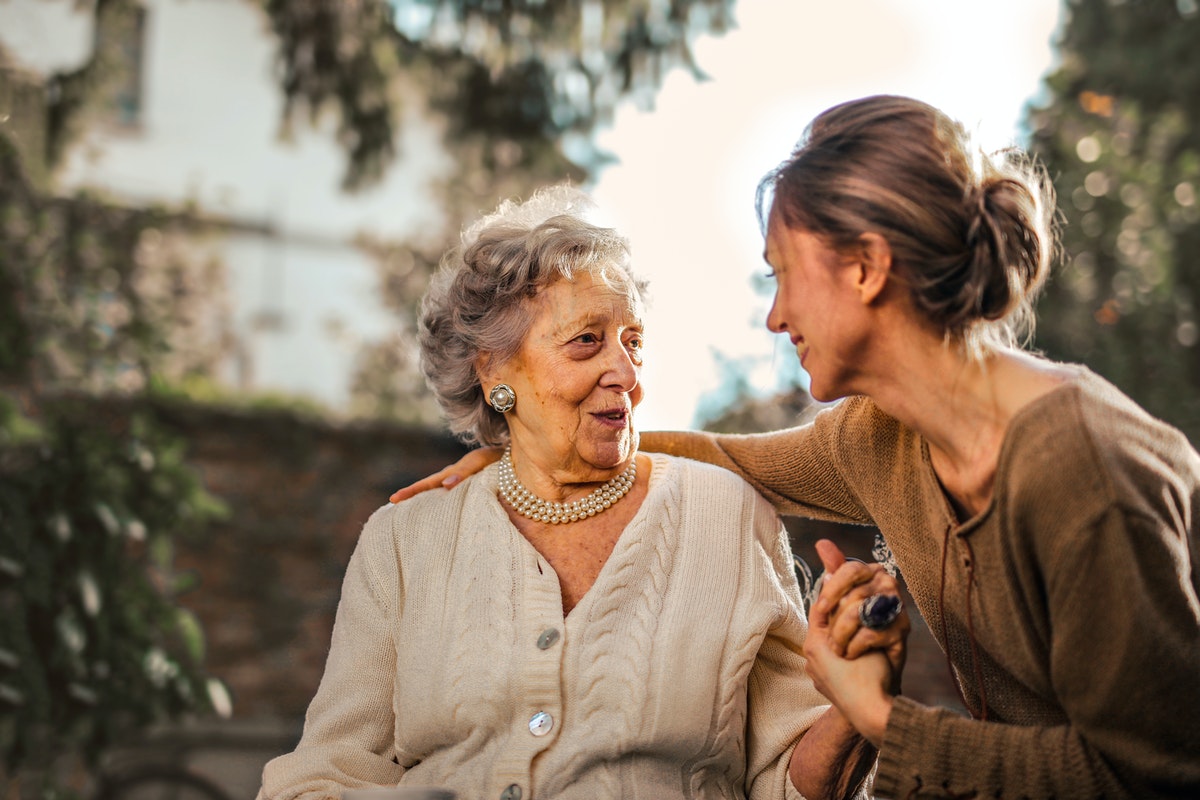 One tricky aspect in the care of the elderly is the balance between autonomy and support. It is very frustrating for an elderly person to lose the vigor and mobility that they once had. Yet, it is also frustrating to them when the one who takes care of them does not assist them well. The key is to find the balance.

Let the elderly feel a sense of control over some things that they are still capable of doing. Encourage them to practice and remaster some skills in instances when they seem to forget them. A degree of self-care should still be their sole responsibility. This way, they feel a sense of dignity for being an active participant in their well-being.

As one grows older, they may see themselves in a different way. Feelings of worthlessness may ensue when they start to have physical ailments. They feel that they are a burden for others who are in charge of their care.

To help relieve them of this negative view, encourage them to have social outings. Rejoining the outside world will help them remember how they were before. This will bring them pride and boost their self-worth. They must have a reminder of how they have lived a fruitful life. Volunteering is also a great way to promote a sense of value to them.

Caring for the elderly has its challenges. One has to go deeper than the physical ailment. At the core of their health care is their need for dignity. When a healthcare worker or a loved one meets this need, it brings empowerment to the elderly. It is easier for them to cope with their sickness, as well.