The Science of Bodyweight Training and Weightlifting: Myths, Truths, and Benefits

Bodyweight training uses the body itself for resistance. Weightlifting on the other hand makes use of weights such as barbells, dumbbells, weight plates, etc. In weightlifting, the weights can be increased gradually while the resistance used in bodyweight training is limited because it all depends on the person. They are often used together to create training programs with specific goals.

Weightlifting is no simple feat, especially on the professional level. In the Olympics, some of the world’s best weightlifters heft barbells mounted with weight plates that are twice or thrice as heavy as themselves. They only sustain this for a few seconds, but it takes them years of training and preparations to achieve and break records.

Aside from competitive weightlifting, it is more varied for the common people engaging in it. Weightlifting is then further subdivided into various workouts and training that follow the same principle of focusing on bodyweight exercises. Some of these include bodybuilding, calisthenics, powerlifting, and strongman training. Each of these differs from the other on the kind of muscles they work on, intensity, and end-goals.

For example, bodybuilding incorporates weightlifting and other bodyweight exercises into exercise regimens that can develop and define certain muscles in the body. Bodybuilding relies heavily on the aesthetic of sculpted muscles, thus banking on lower fat and higher muscle composition. Powerlifting and strongman training focuses on developing body strength.

What bodyweight training and weightlifting does to the body

Bodyweight training and weightlifting engage in isolated and full body exercises. It ranges from low to high-intensity workouts. Often, it focuses on developing and strengthening the chest, arms, and abdominal muscles. The common exercises for both are chest-presses, curls, deadlifts, dips, lunges, planks, pull-ups, push-ups, shoulder presses, and squats.

By interchanging the kind of exercises performed throughout a developed training program and varying the repetitions as it progresses, it can yield the results expected. There are visible changes in muscle mass, especially in the chest and arm area. The rate of body metabolism is also increased through bodyweight training and weightlifting. It builds durability in muscles, tendons, and ligaments. It is even recommended to incorporate these strength training exercises for major muscle groups at least twice a week. 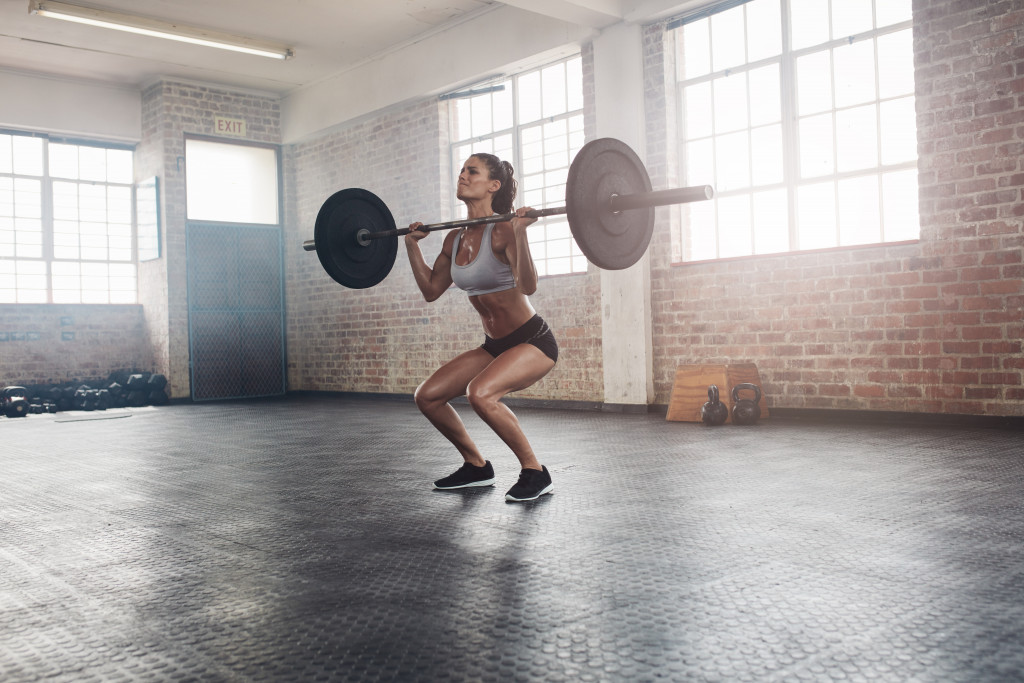 The common myths on weightlifting

One popular myth that has been circulating weight lifting and bodyweight training is how it could stunt height growth due to always being weighed down.

There’s no proof of the two being directly correlated. Height is directly influenced by genetics, nutrition, and posture. The main reason why a lot of competitive weightlifters have similar body structures is that they’re genetically predisposed to be able to lift better. The shorter distance that the weights have to travel, the heavier weights they will be able to lift. That’s why competitive weightlifting is further divided into weight categories.

With the proper execution, technique, and bodily support, such as using braces for back support and chalk for better grip, weightlifting, and bodyweight training can improve posture and elongate the body. Weightlifters who are heavier are often taller, so consider weightlifting affecting height to be debunked.

Another myth about the two is how it could ruin your joints.

This is based on the idea that weight training puts unnecessary pressure on your joints, therefore causing gradual damage to them. Contrary to that belief, weight training actually helps your joints as you age. The body slowly adapts to the exercise routine. As it strengthens the muscles, tendons, bones, and ligaments, your joints are better supported.

When done safely and correctly, bodyweight training and weightlifting have a lot of benefits on the body. Aside from what has been previously mentioned, these two greatly improve flexibility, endurance, balance, metabolism, cardiovascular health, and supporting muscle growth. Adding these to your exercise routine can boost your confidence, improve moods, and define your body further.