The Effects of Binge-Eating and Starvation

In the age of prevalent social media sharing and the popularity of “Mukbang” videos, it’s not uncommon for people to develop habits that can turn into real disorders.

As the audience takes in pictures of celebrities and models being wildly toned or skinny, the audience — especially teenagers — would want to be like them. Sometimes, they fall into unhealthy means such as over-exercising and starvation.

“Mukbang” videos, on the other hand, can do so much as normalize overeating. While some videos are controlled, others go all in and consume way more than any stomach could handle.

These two sides of the coin, starvation and binge-eating, can have adverse effects on the body. These can lead to lifestyle diseases, a diminished immune system, and even a trip to a GI doctor in Salt Lake City.

Those with binge-eating disorder have difficulty controlling how much they eat. For these people, they can eat even after their stomach is full. They eat when they feel bored, and they eat to cope with feelings.

People with binge-eating disorder are stuck in a cycle. They eat too much, feel guilty, and then eat to deal with their guilt. Because they eat a lot (often without a way to release the calories), they could suffer from obesity, heart problems, and other lifestyle diseases. The short-term effect would be an inflamed stomach. If they also have weight and self-image issues, those with this disorder may feel bad about themselves, causing them emotional and mental distress.

Developing a healthy relationship with food is a good way to handle this disorder. People with binge-eating disorder should learn to see food as a source of healthy nutrients. Finding other means to cope with emotions can help steer them away from seeking comfort in food. They can consider exercise and introspection in processing emotions. 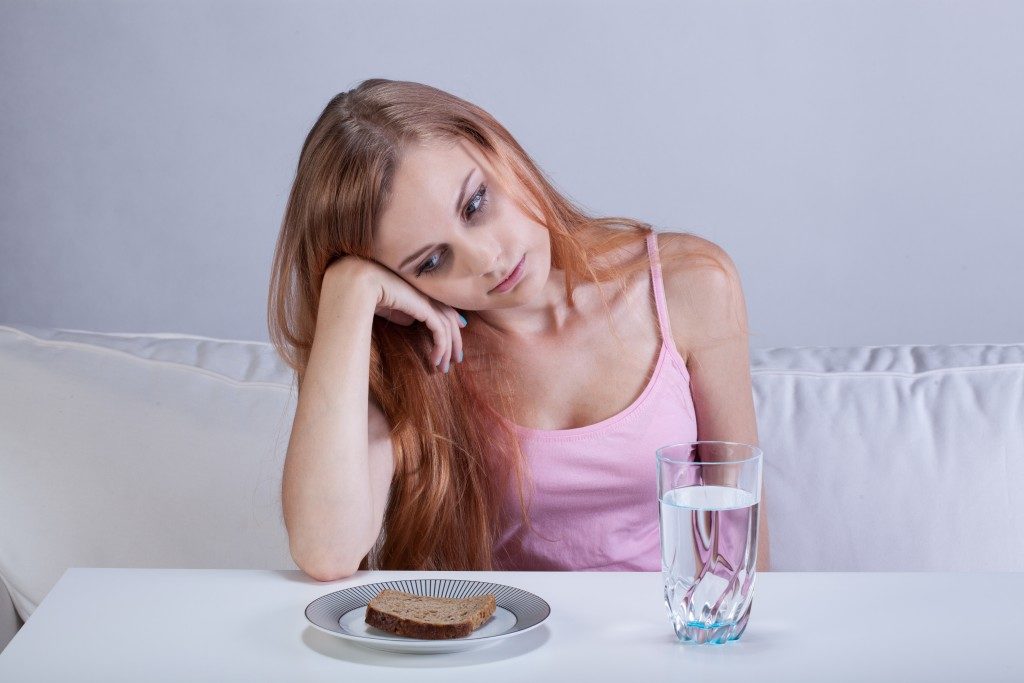 Starvation is the deprivation of enough calories the body needs to function normally. Starvation’s effects do not happen overnight. When the body recognizes it is not getting enough energy for its regular processes, the body uses all of its means to survive.

If starvation continues, the body relies on fats for energy, but this cannot sustain the body for long. Muscles quickly deplete. During starvation, the immune system deteriorates, as well. The lack of caloric energy intake could lead to Marasmus — severe lack of energy — and Kwashiorkor. The latter has side effects of edema and an enlarged, fatty liver.

According to Thomas C. Weiss in an article on the phases of starvation, “Intervention involves feeding the affected person low-bulk food that provides lots of proteins and kilo-calories and is fortified with minerals and vitamins.” That being said, protein and calories should be the focus of remedying starvation, and not the amount of food.

While this information gives an overview of these serious disorders, one should seek professional help. They can seek mental and psychological help to treat eating disorders and body-image issues. For the gastrointestinal side effects of these eating habits, they can go to a GI doctor. This way, patients can ensure proper diagnosis and healthy recovery.