Eliminating Odors Inside Your Home: What Can You Do?

People want their homes to be the most comfortable. So having food or other nasty smells, while tolerable at some point, is an element they don’t want to live with for the long term. But tackling these odors is easier than you can imagine. Here are some pointers to remember.

When one enters their house and smells something unpleasant, they immediately blame the trash. They take it out immediately but find the stink has pervaded their place. While it’s necessary to replace the bin’s liner once it’s filled with trash, an odor may linger on the bin itself.

The best way to prevent the odor of your trash from sticking to your bin is to prevent it from leaking in the first place. You should purchase only the best-quality liners that won’t budge even when punctured by edgy objects such as boxes. To be sure, you can always put several pieces of newspaper or even dryer sheets, which can absorb any leaks, at the bottom of your bin.

The kitchen is probably the place with the most prominent smells as it harbors the most moisture aside from food with distinct odors. Baking soda, placed in an open container at the back wall of your fridge and replaced every three months can help. It can be your trustworthy companion at removing the competing smells of food stored inside. You can also seal food, especially leftovers, in tight containers.

As for your microwave, wipe the walls clean regularly and keep its door open to vent out any burnt smell. But to keep it smelling pristine, microwave a lemon or vinegar solution for a good minute or two.

In general, regularly wiping kitchen counters, not allowing food to sit out for hours, and washing your dishes can do the trick. But if you aren’t satisfied, you can do cheap solutions yourself that are sure to work even for airtight spaces in your house. Once in a while, pour white vinegar into your drains and let it sit for thirty minutes before rinsing to kill stubborn bacteria and, consequently, the odors they cause.

Also, be on the lookout for coffee grounds disposed of by your local cafe. Put some into open containers, and place them strategically in areas where problematic smells tend to linger. Give it a day and notice your house smelling crisper than ever. 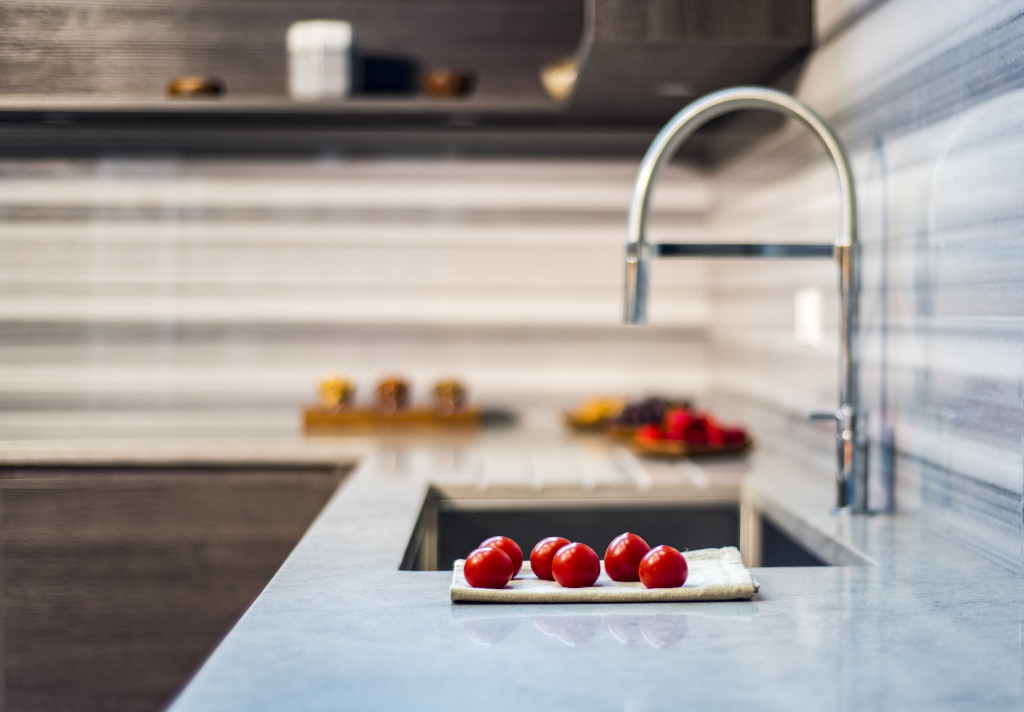 If you’ve endured that nasty smell in your toilet or bathroom, you might have no P traps in your drains that hold water and keep odors from your house. If that’s the case, you can either have your piping changed or resort to easy DIY air fresheners like diluted vodka with a few drops of your favorite essential oil. Spray it every so often, especially after a relieving or doing number two. Of course, these solutions apply when there’s a smell coming from your toilet. On the other hand, cleaning the toilet bowl once a week keeps harmful germs and odors away.

Your mattresses, couches, and carpets are breeding grounds for microorganisms. After years of absorbing your sweat and other organic matters, they can likewise smell old after years. Unless you have it deep-cleaned or overall replaced, a temporary solution is to sprinkle bacteria-deactivating baking soda, let it sit, and vacuum the surface after several hours.

Having your air conditioning service provider clean your system and replace your filters as needed can maintain good air circulation. Having filters with a minimum efficiency reporting value (MERV) of 13 is the best at catching particular matter like dust, dander, smoke, virus particles, mold, and bacteria. You can also opt for portable air purifier units that come with high-efficiency particulate air (HEPA) filters.  You can place those in areas in the house with a lingering odor and clean them as often as the manufacturer recommends.

Airtight spaces like your closet are susceptible to developing odors. You should open its doors to ventilate any trapped moisture and smell. Besides linen sprays, dryer sheets, and diffusers that enhance the smell of your clothes, closet dehumidifiers can suck out moisture while releasing a subtle fragrance.

Unpleasant odors are such a hassle, but you would have to deal with them eventually if you want to live comfortably in your home. On the one hand, you can proactively get rid of the sources of these smells before they dominate indoor air. If a smell becomes too much, it can often be managed with items you already have in your household. If not, make use of scent diffusers or more sophisticated technology such as air filtration systems.