What Happens to the Brain When You Have Alcohol Addiction

The science behind the damaging health effects of excessive drinking is now well understood. Alcohol use damages nearly every organ system in the body. Binge drinking and chronic alcohol consumption can damage the liver, heart, pancreas, brain, and immune system – with a multitude of adverse health consequences associated with such damage.

But why are people still drinking excessively? The answer lies in alcohol addiction.

What Is Alcohol Addiction?

Alcohol addiction is a chronic disease characterised by a strong desire to drink despite the negative impact drinking has on a person’s life. Physical dependence on alcohol often results, and because people with alcoholism typically continue to use alcohol despite knowing how it affects their lives, this condition is described as being both progressive and chronic.

Many factors contribute to whether a person will develop an addiction to alcohol or other substances. The brain plays a primary role in this process, as it is the organ that determines whether something should be experienced as pleasurable or threatening.

In response to alcohol consumption, the human body naturally produces endorphins and enkephalins – chemicals that give a person feelings of pleasure and well-being while reducing pain.

Alcohol also interferes with the brain’s ability to produce these chemicals, which is why people who frequently drink large quantities of alcohol will often feel anxious and depressed when they are not drinking. When this happens, individuals may experience cravings or become concerned about finding their next alcoholic beverage.

The process that causes this type of dependence on alcohol is referred to as reinforcement, and it is one of four kinds of reinforcement that can lead to addiction. In order for something to reinforce an alcoholic behavior, it must satisfy at least one of the following criteria:

• The effects that result from exposure to a stimulus are similar to those that occurred when an alcoholic reward was consumed.

• Exposure to the stimulus will decrease the intensity of an unwanted effect (i.e., withdrawal symptoms) of abstaining from alcohol.

• The stimulus will increase the intensity of an alcoholic behavior (i.e., heavy drinking).

• The stimulus allows the person to escape or avoid withdrawal symptoms when abstaining from alcohol.

Once reinforcement has occurred, addiction is more likely to develop due to “habit-forming”.

Habituation occurs when a certain act is repeated often enough that the brain adjusts to it, which results in the act becoming more or less pleasurable.

This is why many people become less sensitive to alcohol over time. They drink more because their brains adjust to the substance and require an increased amount to experience pleasure at all.

As this cycle continues, a person’s drinking habits eventually become so deeply ingrained that they must drink in order to feel normal and avoid withdrawal symptoms, even when they aren’t physically dependent upon alcohol.

The Role of Neurotransmitters 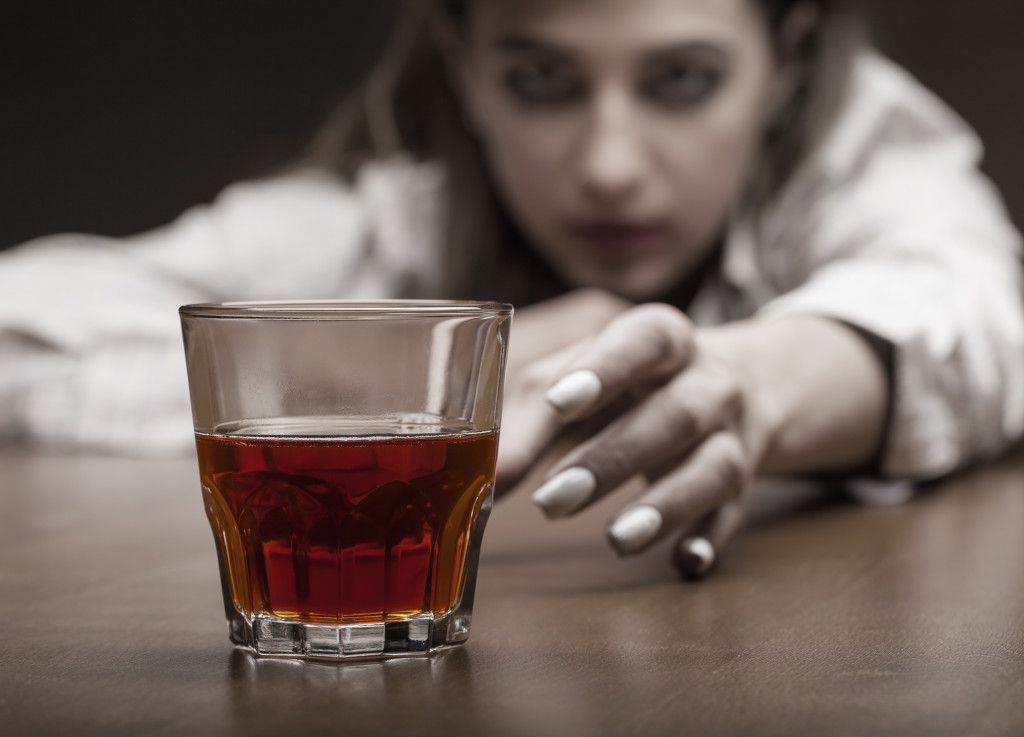 Neurotransmitters – chemicals produced by the brain – play a significant role in what is reinforcing as well as addictive. When exposed to alcohol, levels of serotonin (one example of a neurotransmitter) rise in some areas of the brain while falling in others.

This is what causes pleasure and relaxation while drinking alcohol, but it also reinforces the behavior. Over time, serotonin levels will become less responsive to alcohol consumption if heavy drinking continues over an extended period.

Another neurotransmitter involved in addiction is dopamine, which produces feelings of motivation, pleasure, and satisfaction that are triggered when people engage in activities that will likely provide them with rewards or relief.

For example, dopamine is released during sexual activity as well as drug use, which triggers the desire for more sex and drugs. However, another neurotransmitter called gamma-aminobutyric acid (GABA) inhibits dopamine production, which means that when GABA levels are high, dopamine production will slow down.

This is why individuals who frequently drink large amounts of alcohol may have a difficult time feeling pleasure from activities other than drinking. Their brains have become accustomed to its presence.

What’s the Best Way to Deal with Alcohol Addiction?

People who are alcohol-dependent or alcoholic must abstain from alcohol to begin the healing process. Although this may seem like an obvious statement, it is difficult for many people with alcohol addiction issues to practice abstinence without experiencing negative consequences, such as cravings and alcohol withdrawal symptoms.

For this reason, they may need professional alcohol withdrawal management.

Going through detoxification in a supervised setting can help ensure that they remain safe during this critical period, and professional alcohol withdrawal management will also be useful when it comes to reinforcing positive behaviors.

In some cases, medications may be prescribed for this purpose, but the best medication is the support of loved ones who will encourage an alcoholic person to seek treatment and embrace it when they do.