The Surprising Benefits of Drinking Beer

Believe it or not, drinking beer can be good for you! It’s more than just a way to relax and unwind after a long day or week. Studies have shown that drinking beer in moderation has some surprising benefits to your health that you probably wouldn’t have thought possible.

While moderate drinking means having one or two drinks a day, it’s not wise to consume alcohol every day, even with all the supposed benefits it might bring. Exercise caution and drink responsibly.

And with that out of the way, here’s how beer can be healthy for you in moderation.

1. It has antioxidant properties

Like wine, beer has antioxidants, although they come from completely different sources. The antioxidant properties of grapes are different from those of wheat, barley, and hops. But beer and wine have a fairly equivalent level of antioxidant content, one study says.

This shouldn’t be so surprising if you take a look at what beer’s made of. For example, hops. In brewing, hops add flavor and aroma to beer; the kind depends on the variety used, such as Citra and Amarillo hops, making beer taste and smell strongly of citrus. Hops also help beer remain fresh for longer and help it retain its distinctive white foam top.

But hops by themselves have their own medicinal properties as well. They’re commonly used as treatments for insomnia and as a sedative. It shouldn’t be hard to make a connection here. Similarly, other properties of beer, such as grains and yeast, have obvious benefits. Beer also contains vitamin B, protein, folate, and phosphates. All good things for you! But remember, moderation is key.

2. It’s good for your heart

One study says that a moderate intake of beer can lower the risk of getting heart disease, heart attacks, and strokes among adults. The fiber in beer is associated with improving the levels of “good” cholesterol in your body while cleansing it of the “bad” kind. While it doesn’t eliminate the chance of heart disease, it makes it less likely to happen.

Hops also have anti-inflammatory properties, which help to reduce the risk of getting many diseases. That is, of course, with light to moderate drinking. Heavy drinking will only make the risk to your heart and your health even higher.

3. It can help build your bones

4. It can boost your memory

Good cholesterol levels also improve blood flow to the brain, which helps you think better. The Xanthuhumol in hops may also aid in slowing down the degradation of memory, which can lower the risk of developing dementia and Alzheimer’s. Again, while this may be true, too much of it will still addle your brain and cognitive functions.

5. Lowers the risk of diabetes

A study found that people who drank beer 3 to 4 times a week had a lower chance of developing diabetes later in life, with men having a 43% lower risk and women having 58%.

Beer can block bacteria from forming on your teeth, effectively preventing tooth decay and gum disease and slowing the growth of bacteria. This, however, should not be a substitute for brushing and cleaning your teeth. 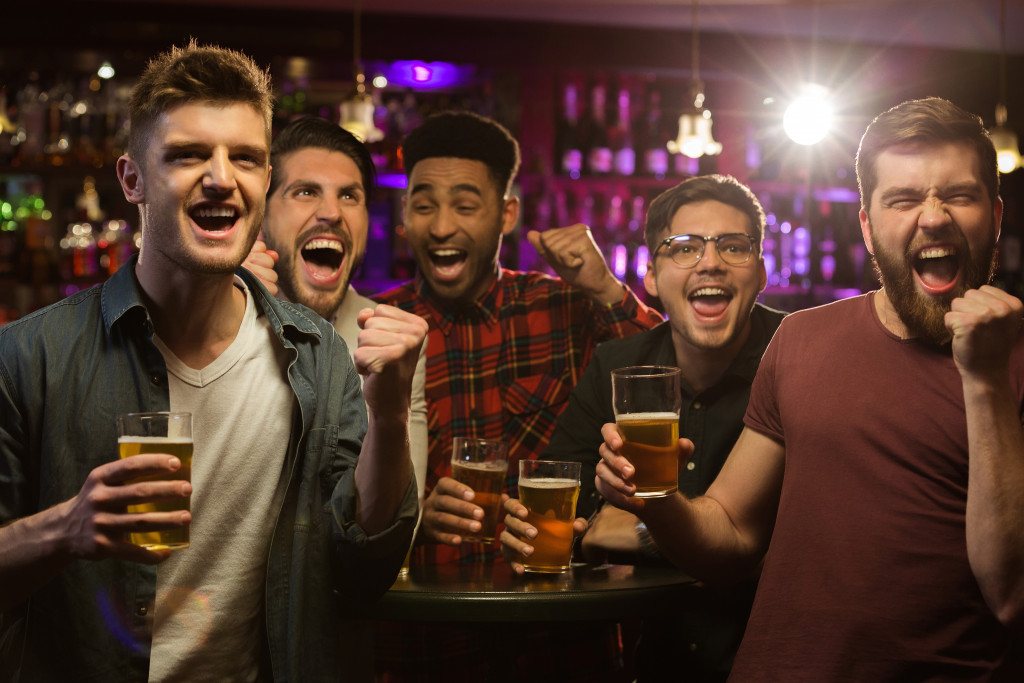 We all know why we like drinking alcohol so much despite all the health risks. Having one or two drinks after a particularly stressful day can help to ease your anxieties and help you relax, owing perhaps to the sedative effects of hops. It helps us sleep better at night and leave our worries at the door; it even gives us a bit of that “liquid courage” that makes it so popular. However, drinking alcohol daily or regularly can lead to depression and anxiety. Heavy drinking is an unhealthy coping mechanism.

As with everything under the sun, too much of a good thing is bad for you. No matter how many benefits drinking beer might have, risking your health and well-being by consuming too much completely outweighs all the potential benefits and only leads to worse effects.

Celebrate these incidental health benefits by drinking moderately and practicing safe and proper drinking habits. Now go and open up a cold one for yourself, just for tonight.