Eating disorders affect all people — young, old, rich, poor, male, female, and everyone in between. These disorders are non-discriminatory and can often be stigmatized because of all the stereotypes that surround them. Most people think that having an eating disorder is only a state of mind that diagnosed individuals can snap out of, even when it’s clearly not the case.

There are no definite causes for eating disorders because they can result from different genetic and environmental factors. For example, portrayals in media, family history, trauma, bullying, or abuse can contribute to the development of an eating disorder.

Eating disorders need to be treated because if they are continuously neglected, they can lead to organ failure and, in severe cases, death. The symptoms of eating disorders aren’t always evident or noticeable, and those who are struggling with the mental illness don’t always show that they are struggling. That’s why it’s important to break the stereotypes surrounding these disorders. 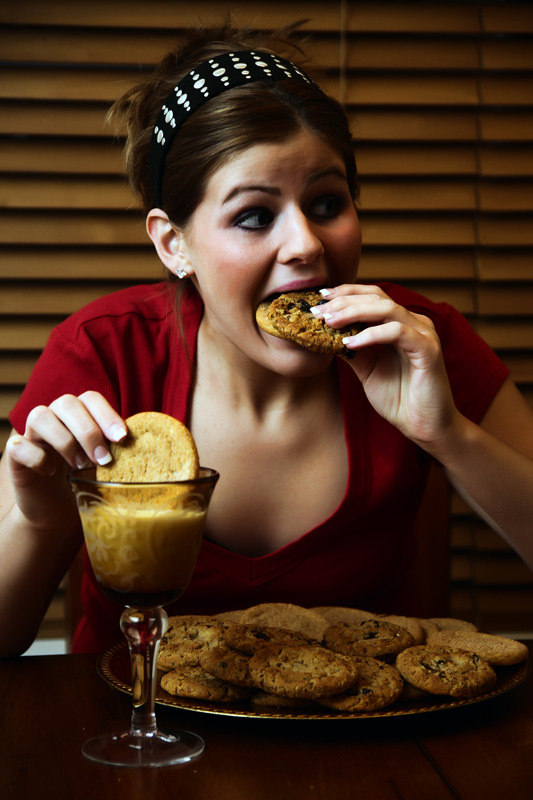 Contrary to what most people believe, there are other types of diagnosed eating disorders besides bulimia and anorexia nervosa. For instance, Binge Eating Disorder (BED) is a condition that causes individuals to consume excessive amounts of food in a short time.

BED is often characterized as an uncontrollable need to indulge in food even when those who have it has passed the point of feeling full. After the binge-eating episode, individuals may feel shame, guilt, or disgust because of what they have done, which can force them into self-isolation from their loved ones.

People who have BED won’t always look bigger than the average size, and they are likely to be in the normal weight range. That’s why it’s not safe to assume that people binge eat just because of how they look. If you think that you or your loved one tends to have binge-eating episodes, you should get professional help.

Unlike BED, bulimia nervosa refers to a vicious cycle of overeating and purging. The attempts to purge food from the body can be done by using diet pills, self-induced vomiting, laxative abuse, extreme exercise, or a combination of all these purging activities.

Most people believe that individuals diagnosed with bulimia nervosa are only obsessed with keeping a certain body weight and image, which is why they resort to binge-and-purge behavior. However, this is not completely true because, for some, doing this can restore their control.

If you or your loved one is showing the warning signs for bulimia nervosa, then you should immediately seek help because continuous purging can lead to an electrolyte imbalance. The disorder can also take a toll on you or your loved one’s physical, mental, and emotional health in the long run.

Anorexia nervosa, or more commonly referred to as anorexia, is a disorder characterized by an obsession with maintaining a certain body weight and image. As such, individuals diagnosed with anorexia often achieve their weight goals through self-imposed starvation or over-exercise.

This illness can also manifest through an individual’s tendency to resort to extreme caloric restriction because of their fear of weight gain and body image disturbance. There are also cases when people who have anorexia nervosa will engage in binge-and-purge behaviors to maintain their weight goal.

The warning signs and symptoms for anorexia can overlap with other diagnosed eating disorders like bulimia, but it is differentiated by the need to maintain a weight below the average body mass index. That’s why you or your loved one needs to seek professional help to deal with the illness.

Genetics, environmental factors, and societal pressures all play a role in the development of eating disorders. And the presence of stereotypes or myths surrounding these mental illnesses doesn’t make it easier for those struggling to seek help because they are stigmatized for their behavior.

However, raising public awareness about the gravity of eating disorders and how they have detrimental effects on people’s lives can help break the stereotypes. And individuals diagnosed with eating disorders will be free to receive the help they need without the prejudice of those around them.